Energy Poll 2019: Consumers in Finland and Sweden think there should be more investments into renewable energy

Nuclear power was supported by only one third of the respondents in Finland. In Sweden support for nuclear power was slightly higher (38%), and Swedish people also consider hydropower an important energy form.

”Cutting down on eating meat and driving are visible changes in a consumer’s behaviour but many do not realise that housing makes up the biggest part of an average consumer’s carbon footprint**. Changing your heating method into one that utilises renewable energy is actually greater climate action”, says Tuomas Nikkinen, Commercial Director, Rototec Group.

A low energy price was the most important factor affecting the choice of heating method according to 60%, but also other criteria such as climate friendliness and the energy production being fossile free have a great impact (45% of the respondents). 25% of respondents in Finland (23% and 21% in Sweden) were of the opinion that changing their electricity contract into one based on renewable energy forms or basing their energy use more on renewable energy would be an important factor in slowing down climate change. Reliability of energy production was also important according to a third of respondents in Finland (38% in Sweden).

”According to our estimation, energy prices will continue to rise indefinitely, if and when energy companies invest in renewable energy, driven by consumer demands and to reach the EU’s climate targets. Therefore, it can be difficult to produce both cost-effective and climate friendly energy with the current dominant energy sources. Fossile-free geoenergy is a very good alternative as a standalone solution as well as in combination with e.g. with solar energy, which could also be part of an energy company’s offering”, tells Tuomas Nikkinen.

Rototec
Rototec is the Europe’s largest provider of geoenergy solutions and innovative pioneer in the field. Geoenergy is cost-effective renewable energy, which can be collected from the ground. With geoenergy it is possible to heat and cool properties of all sizes. Rototec’s comprehensive concept covers the whole process from consulting and design of energy systems to their implementation. Rototec Group was established in 2007 and the company operates in Scandinavia. The revenue of the company in 2018 was 50 million euros. www.rototecgroup.com


*The research was conducted in Finland and Sweden in September 2019. Gross sample was the Swedish and Finnish population according to age (18+ years), gender and place of residence (over 1000 in each country). The average confidence interval for the results is ±2,8 %-points (95% confidence level).

** E.g. a research conducted by The Finnish Innovation Fund Sitra “The carbon footprint of the average Finn” https://www.sitra.fi/en/articles/carbon-footprint-average-finn/ 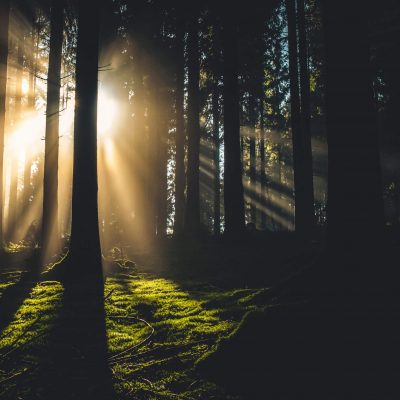